Home Other Topics Have You Ever, Like, Really Looked at Your Hands? 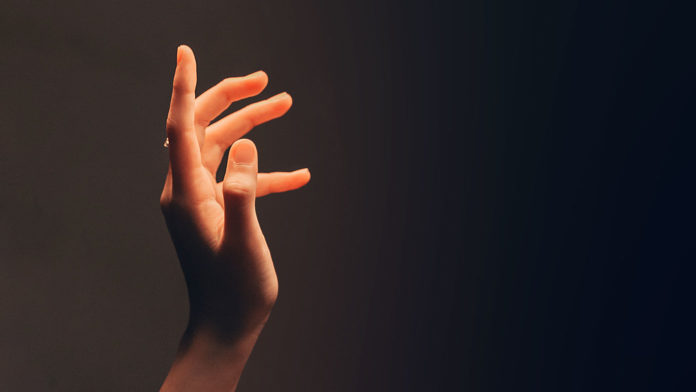 How well does each of us actually know the backs of our own hands? Would we be able to distinguish between a distorted photo and the original?

Vision researcher Laurence Harris, professor of psychology at York University, is interested in how people perceive visual cues. And despite how much more frequently we see the backs of our hands, it turns out that our perception of their length and width is less accurate than the same relationships for the palm side.

The study was published in PLoS ONE.

To start the test, Harris’s team took colour photos of the backs and palms of the hands of healthy volunteers. The volunteers placed their hands flat against a wall for the pictures. The camera was positioned four feet away to reduce lens-based distortions. The images were then cropped to show only the hand against a white background, and rotated to show the hand in four different orientations: fingers pointing up, down, left, or right.

The images were later displayed at life size, but paired with ones that distorted either the length or width. Each participant was shown their paired images one after the other for 1.5 seconds each, with a 1.5 second white blank screen in between. They then had to identify which they believed to be the unaltered image.

The distortions started at either a 40 percent increase or reduction in size, and a staircase method was used to determine how much to distort the next set of images based on the previous guesses. The trials proceeded until it was equally likely that a volunteer would select the original as the distorted image.

By the end of the trial, the study determined the maximum distortion that could be applied before the participants could tell the difference; the person’s mental representation of their hand can be estimated as the midpoint between the two. And our perception of the palm side of our hands is more accurate than the backs.

Generally, people perceive their hands to be longer than they actually are when viewing images of the backs of their hands, no matter what the orientation of the fingers.

“These findings are particularly surprising in view of the accuracy shown in positioning the hands when doing complex and precision actions, such as playing the piano or typing on a computer keyboard,” said Harris in a press release.

“These findings imply that the brain’s representation of the body is not built up entirely from vision and may not even involve vision at all — even for body parts that are regularly seen.”

Based on the findings, the researchers hypothesize that the mental size perception of the palm side of the hand is more accurate because of how much more sensitive it is. In particular the fingertips are incredibly sensitive, and that helps us delicately move and respond with our hands. That comes along with a larger proportion of the brain devoted to interpreting all the sensory information from the palms than the less sensitive back sides of the hands.

This understanding of the mental representation of our hands in health will help us learn to treat people with unusually distorted perceptions of their hands that we can’t seem to solve with approaches based on vision. What a Time to Be an Architect